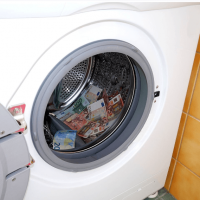 It’s safe to say that at this point, we are used to hearing about the many woes that Vancouver has had over the years regarding money laundry. And for good reason too. Real estate has long been used by criminal organizations to launder their ill-gotten riches. But this isn’t a problem exclusive to the west coast; it’s a national problem.
According to a recent report by Transparency International Canada, Canadian laws have a number of loopholes that facilitate money laundry through real estate. Through the use of corporations, trusts, or nominees to hold title, it’s easy it is to hide the true owner of a property, or the source of funds used to purchase it, and avoid oversight from law enforcement and tax authorities, as well as from private sector entities with anti-money laundry (AML) obligations.
This problem is made even worse by lax regulations in the real estate market. Under most jurisdictions in the country, real estate agents, brokers and developers are not required to do a background check on ownership, or source of funds on buyers. And even in places when local laws require those real estate players to comply with AML obligations, they often have terrible record keeping, or simply ignore those obligations.
According to Transparency International Canada’s report, which covered corporate purchases from 2008 until 2018, corporations acquired around $28.4 billion in GTA housing. The majority of those companies are privately owned, and offer no information about the beneficial owners.
Out of that total $28.4 billion, $9.8 billion was used to make cash purchases. A large percentage of those purchases bypassed statutory AML checks on source of funds and beneficial owners.
From that same period of time, more than $25.4 billion in residential mortgages in the GTA were issued by unregulated lenders with no AML reporting obligations. Nearly $10.4 billions of them were issued to corporate buyers, even though corporate purchases accounted for less than 4% of total transactions.
Though there is nothing illegal per se of a company making a real estate acquisition, that lack of transparency makes it easy to exploit by criminal elements. To makes matters worse, this hidden activity could be worsening the housing affordability crisis that already plagues the GTA. Because of the illicit nature of money laundry, which by its definition obfuscates data, it’s impossible to know for sure just how much money was injected into the housing market (legally or otherwise), how many homes remain unoccupied, and exactly how much has it affected housing prices.
But even if we don’t have exact figures, its clear that real estate is very attractive to criminals with money to launder. Basic economics tells us that housing prices increase when there is an increase in demand. And because money launderers are not looking for bargains, but rather a way to hide more of their illegal funds, they have a tendency to overpay for properties, which further inflates benchmark prices in the area.
“By allowing criminals to invest in Canadian real estate, we are exacerbating crises in cities where housing is affordable and in short supply.”
Although the report presents some grim figures, it also proposes a number of measures to help curb the dark money problem. Some of them include creating a national registry which identifies all beneficial owners from companies and trusts registered in Canada, and opening it to the public. It also suggests implementing a law which would require beneficial owners of real estate to identify themselves to land title authorities as a prerequisite for property transfer, and make that information public as well. Photo by Santeri Viinamäki