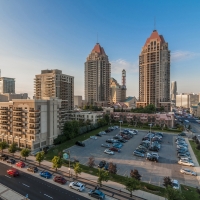 2019 Study Ranks Mississauga Among Top Cities to Live in Canada!

Whether you’ve lived in Mississauga your entire life, or are a new resident, I’m sure you’d agree that it’s a pretty awesome place to live. And you’re not the only one to feel that way. According to a recent report, Mississauga actually ranks as one of the best places to live in Canada. The Canadian Liveability Report takes a look at 15 major Canadian cities and used 11 different factors that affect each city’s quality of life, and desirability that might affect hopeful home buyer's decision.

The 15 cities polled were Halifax, Ottawa, Toronto, Brampton, Mississauga, Hamilton, Kitchener-Waterloo, London, Winnipeg, Saskatoon, Edmonton, Calgary, Vancouver, Nanaimo and Victoria. The 11 factors used to determine livability were: availability of work/access to employment opportunities, availability of public transit, access to green spaces and parks, availability of big and small retail stores, economic development, population growth, number of top rated schools, housing supply, housing affordability, access to healthcare facilities and easy access to bike lanes and/or walking paths. These factors were determined by polling Canadians all throughout those 15 cities and asking them which amenities affected their perception of their quality of life.

Around sixty percent of Canadians put easy access to shopping, dining and green spaces at the top of their liveability criteria, while a third claimed that proximity to public transport and their jobs is at the top of their list. Though they still ranked as top priority factors, only around 18% mentioned that easy to schools and availability of cultural and community centres as absolutely essential items. The report makes it clear that Canadians (particularly baby boomers) spend around two-thirds of their time living in or around their neighbourhood. That’s why the proximity and availability of these 11 livability factors are extremely important to Canadians. “While price and value are always top of mind for buyers, there are some aspects about a home that you can’t change,” says Cristopher Alexander “These liveability factors are what make your home more than just the place you live. They are at the heart of the Canadian experience, especially when you consider the survey results.” 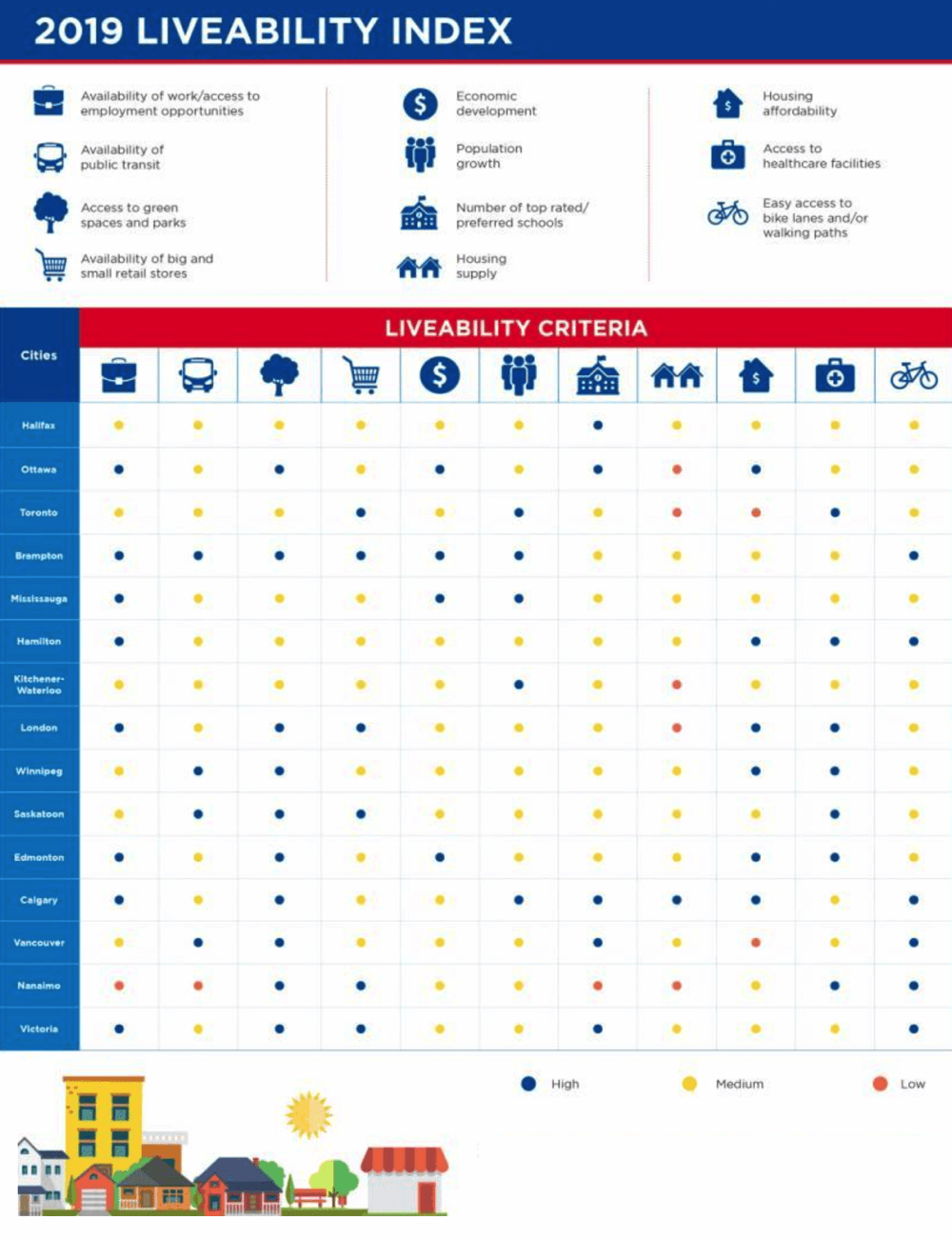 How does Mississauga compare to the other 15 cities?

Thanks to its privileged location on Lake Ontario’s shoreline, a multitude of amenities, close proximity to Toronto, as well as housing more than 60 Fortune 500 companies, Mississauga ranks quite high in the list. The city scored its highest marks in availability of work and access to employment opportunities, economic development, and population growth. It also scored medium marks in availability of public transit, access to green spaces and parks, number of top rated/preferred schools, housing supply, availability of big and small retail stores, housing affordability, health care and walking and cycling trails. Given that Mississauga has one of the largest shopping centres in the country (Square One), a multitude of parks and two major hospitals, it comes as a surprise that those three categories only rank medium. But unlike the nearby Toronto, Mississauga did not receive any low marks in any category.

Port Credit, Streetsville and Cooksville: The Top 3 Neighbourhoods in Mississauga