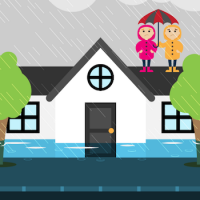 5 simple ways to prevent and fix water damage and mould 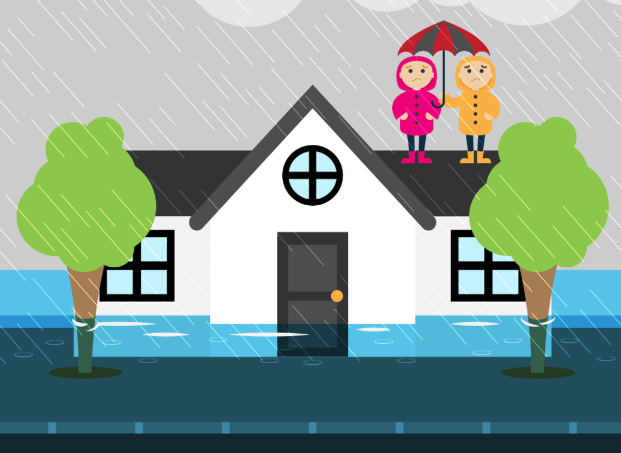 Having your property flood is one of those worst-scenarios that every homeowner fears. And given the amount of rain that Mississauga, Brampton, Milton, Oakville, and most of southern Ontario has received recently, it’s almost unavoidable that some homes are going to experience water damage. Of course, it’s fairly obvious that possessions could be lost due to flooding. But even if the flooding is minimal, if not dealt with immediately, it could easily cause the property to develop mould or even structural damage.

Mould is one of those taboo words that easily scare off home buyers. Even if you’re not planning on selling your home, it’s best to take preventative measures to avoid water damage. But even if the damage has already been done, not all is lost. If the damage is minimal, you can still take care of it before it worsens.

1. Clean the gutters and downspouts

Make sure you that your gutters are downspouts are always unclogged year round, and that the downspouts point away from your home. If left unchecked, you could have standing water on your roof or around your home’s foundation, causing expensive damage that could have easily been prevented.

2. Check for leaks immediately and don’t postpone fixing them

If left unchecked, leaks will inevitably turn into mould, rot, and even structural damage to your property. Get them fixed as soon as possible. If you have homeowners insurance, check to see if it covers sudden and/or accidental property damage by the elements. But keep in mind that if you leave said problems unchecked, your homeowner’s insurance may refuse to cover those costs, and would label them as damage due to neglect and lack of maintenance.

A moisture sensor is a small device somewhat akin to a smoke alarm in that it sounds an alarm when it comes in contact with moisture. These are usually placed around water heaters, washing machines, faucets and water pumps, but you can also place them in places that might be vulnerable to water damage from the elements. The biggest benefit of moisture detectors is that they can detect small amounts of moisture that would otherwise remain unseen until the damage has been done.

Once the damage has been done

1. Catalogue and repair the water damage

Before you go and fetch your tools, and plan a trip to the hardware store, inspect your entire property, and take lots of pictures of all affected areas. Make sure you do your inspection inside and outside of your home. Next, take a full inventory of all property damaged by the flood, even if it seems insignificant. You should err on the side of obsessive when it comes to cataloging all water damage. Next, call your insurance company, and explain the whole situation. The more details you have about your water damage, and the more evidence you have to back those claims, the more likely the insurance company would cover all of your damage costs. Once you have contacted your insurance company, do all that you can to reduce the damage already done. Remove anything that could retain moisture, such as carpets, rugs, mattresses and appliances. If you have damaged drywall, replace it immediately. Since drywall usually contains organic components which never dry completely, it provides the perfect environment for microorganism such as mould to reproduce.

Unless you already have the technical knowledge to properly treat it, if you detect any mould, you should hire a professional mould inspector. Though we can make the argument that the toxicity of mould is severely exaggerated, it does carry a stigma that’s very difficult to get rid of when it comes to selling a home. Not just that, but severe mould damage can cause dangerous structural damage to your home. If you have an official report by a mould inspector, you would know the exact amount of damage you have to deal with. If the damage is minor, you can easily treat it yourself. And if the report shows that the mould is toxic, you would know that it’s time to call an expert. Even if the report comes clean, it also serves as a protection, since you’ll be able to present it to buyers and prove that your home is mould free.

In conclusion, water damage is no joke. If not treated immediately, it could easily turn into a dangerous (and expensive) headache. But if you take some preventative and/or palliative measures, you could avoid the worst of it.